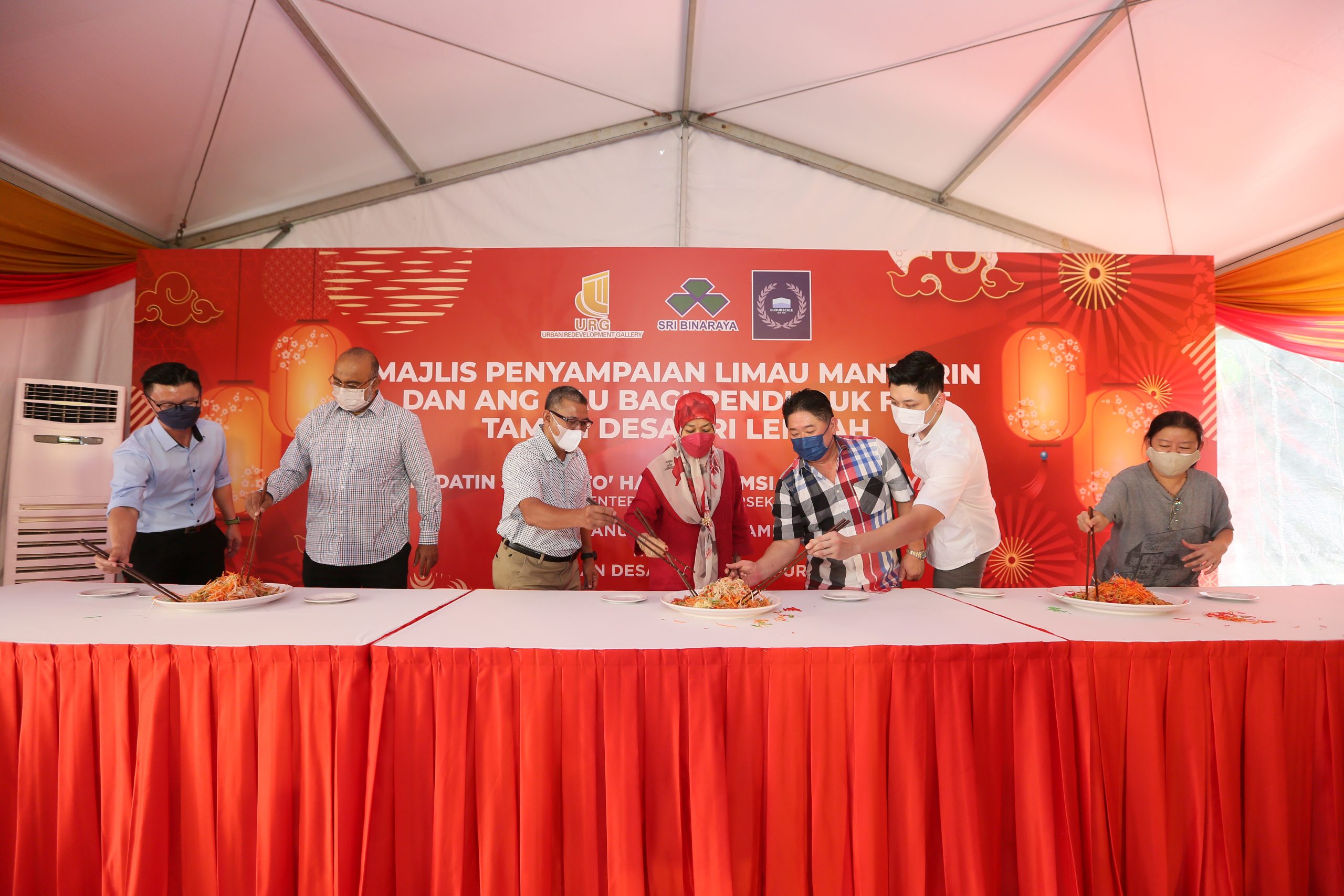 Mandarin orange is an important symbol of the Chinese New Year. The small citrus looks like the sun, and because the sun is aligned with the yang (positive) principle, it is a symbol of abundance and happiness. As it is tradition during the Lunar New Year to give the gift of a bright, beautiful red envelope (known as 紅包, hóngbāo) to your friends and family symbolizing good wishes and luck for the new year ahead, this gesture by Datin Seri and Cloudscale Sdn Bhd is not only noble but with well wishes to all residents of Taman Desa Dri Lempah flats.

The event then carried on with a Yee Sang toss, also known as the ‘Good Luck toss’. Yee Sang is actually a combination of the Chinese words “Yee” which means “fish,” and “Sang” which means “liveliness.” The traditional Prosperity Toss uses raw fish salad. Firstly, the fish signifies abundance while carrots signify that luck is approaching and white radish,
success.

The event ended with very happy residents and attendees, an accomplishment of cultural mix and loads of prosperity wishes to all.