What Opportunities does a Green China Create?

As the stories of air pollution and environmental degradation continue to flow out of China, the question remains what is being done to fix it?  Bringing the problem to a common denominator is often the first step in the long process of a solution, as the following extracts from the Green Economy Report shows that the wheels have started to turn. 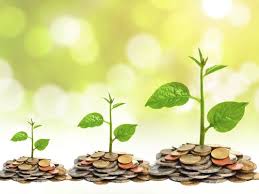 and municipal authorities around the country.

The China Banking Regulatory Commission (CBRC) is tasked with regulating and supervising banks and non-bank financial institutions. In 2007, CBRC introduced Energy Conservation and Emission Reduction regulations requiring financial institutions to establish an organisational framework and internal procedures to advance green criteria. Among other things, the CBRC’s regulations require a senior banker in each regulated institution to be responsible and accountable for green credit as well as to boost lending to the renewable energy and green sectors.

The CBRC sees two roles for the institutions it regulates. First, through lending to facilitate new energy sectors such as wind and solar. Second, by imposing restrictions on clients that are noncompliant with environmental laws and regulations and by withdrawing existing lending in extreme cases. Banks are required to submit a report to CBRC annually to outline their advances in the area of green credit and in turn the regulator reports developments to the State Council. The CBRC encourages its regulated institutions to apply international protocols that support sustainability in financial services.  The role of international financial institutions in supporting the greening of the Chinese financial sector is important. For example, the Industrial Bank of China, Pudong Development Bank, and Beijing Commercial Bank have worked closely with the IFC to advance energy efficiency projects. The IFC provides guarantees and assists the banks in preparing for CDM projects.

The Industrial Bank of China estimates that over two years the reduced CO2 emissions from its energy efficiency projects is equivalent to the total emissions of the Beijing taxi fleet. On the banking side, ICBC, the largest bank in the world by market capitalisation, has created a Green Credit Policies Department in an effort to become the leading green bank in China. In addition, the bank is active in disaster relief and rural education. On green credit, ICBC classifies clients into nine categories and has a colour coding system – black, green, red, and grey – to assess eligibility for credits.

Moving forward, how will companies from the rest of the world, Malaysia included participate in the greening of the Chinese Economy?