Claims by Rare Earths Opponents Need to be Examined 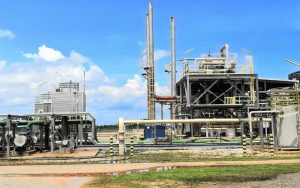 I am responding to Dennis Ignatius’ piece, “Lynas: Profits, politics and people”, in FMT today.

The Malaysian government’s decision on the renewal of the Lynas Malaysia operating licence, and the future of the rare earths industry in Malaysia, is due to be announced soon. This, hopefully, will finally give certainly to all concerned, not least the thousands of Malaysians whose employment is at stake.

However, Ignatius’ letter reminds us that there is still a small but active rear-guard action being fought against this industry. That is their right, of course, but their claims need to be examined.

Ignatius dismisses as a “fairy tale” the very real possibility that Malaysia could establish a multi-billion dollar rare earths industry. He doesn’t say why. The mobile phone that he uses, the car he drives and much else besides, likely already include rare earths processed in Malaysia.

But the devices themselves (and most of the profits) were probably made elsewhere. The rare earth elements coming out of the Lynas plant in Gebeng go to places like Japan, Vietnam and Taiwan where components for vehicles, planes and computers are made.

As the only significant rare earths processor outside of China, Malaysia has a unique opportunity to build its own hi-tech ecosystem around these 21st century materials. That is what the Malaysia Global Business Forum conference on July 10 was all about.

Ignatius also expresses concern about the safety of rare earths processing in Malaysia. He uses the words “toxic waste” no less than seven times. The plant in Gebeng is one of the most sophisticated and closely regulated chemical plants anywhere in the world. Reviews by Malaysian governments (current and previous), as well as a slew of international experts, have confirmed and re-confirmed this.

The Dec 4 report of the Executive Review Committee is just the latest one. It’s worth a read.

Within kilometres of the Lynas plant there are other industrial operations that produce much more hazardous and more radioactive wastes. For example, petroleum scale, which is a by-product of petroleum production, is 10 times more radioactive than the residues produced by Lynas, but can still be safely managed. All industries produce waste and all industrial economies need to manage it.

Ignatius suggests that countries like the US and Australia would not welcome rare earth waste. In fact, both countries have recently announced that they have invited the world’s leading rare earths producer Lynas to establish processing facilities. Everyone wants security of supply. But the rest of the world is at least five years behind, putting Malaysia in the box seat.

Finally, Ignatius invokes the recent, upsetting, incidents of sick schoolchildren in Johor and calls for people to “take to the streets”. But he doesn’t mean the streets where the children fell ill. He wants people to take to the streets in Gebeng, to protest against a company that has never had a public health incident.

Ignatius is just doing his job. But that is not the way forward. The Malaysian government’s preferred approach is safe, sustainable development and consistent, evidence-based decision-making. That should be welcomed by everyone.

Andrew Goledzinowski is the Australian High Commissioner in Malaysia.