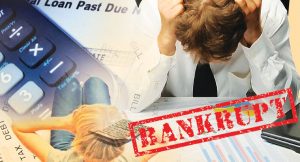 Today in parliament, the issues of insolvency laws to increase the threshold of an individual to be declared bankrupt was raised in Dewan Rakyat (House of Representative) sitting.

Lukanisman said statistics from the Insolvency Department showed that a total of 10,532 youths aged between 25 and 34 were declared bankrupt between 2018 and 2019. Below is a video parliament session related to issues.

Do you need better business and regulatory intelligence in the Malaysian market? Contact Malaysia Global Business Forum today at https://lnkd.in/gxGD4EW