The Malaysia Global Business Forum (MGBF)’s exclusive roundtable on ‘Addressing Weaponised Information in the Media’ was held in a hybrid setting today at the Hilton Kuala Lumpur. The discussion focused on addressing one of the most relevant threats to businesses in the digital economy – cyber threats causing physical and reputational losses.

In attendance as guest of honour was Rear Admiral Dato’ Shamsuddin bin Hj Ludin, Director-General (DG) of Defence Cyber and Electromagnetic Division (DG BSEP) of the Malaysian Armed Forces under the Ministry of Defence, and co-head of the cyber defence security conference and exhibition – Defence Services Asia (DSA) and NATSEC Asia 2022.

The advancement of technology coupled with a hyper connective landscape has opened the door to cybersecurity attacks that ultimately threatens both national security and the economy at large. According to a report by Malaysia Digital Corp (MDEC), Malaysia faced an estimated loss of RM51 billion last year due to cyber incursions accounting for more than four per cent of the nation’s total gross domestic product.

Nordin Abdullah, Founding Chairman of the Malaysia Global Business Forum, said, “In order to understand the business ecosystem that has become increasingly digital, leaders must understand the evolving threat matrix of the global digital economy. Insufficient cyber security frameworks coupled with the viral nature of information in the media heightens the risk of weaponised information attacks. This is the realm of competitive business behaviour and cyber criminals.” 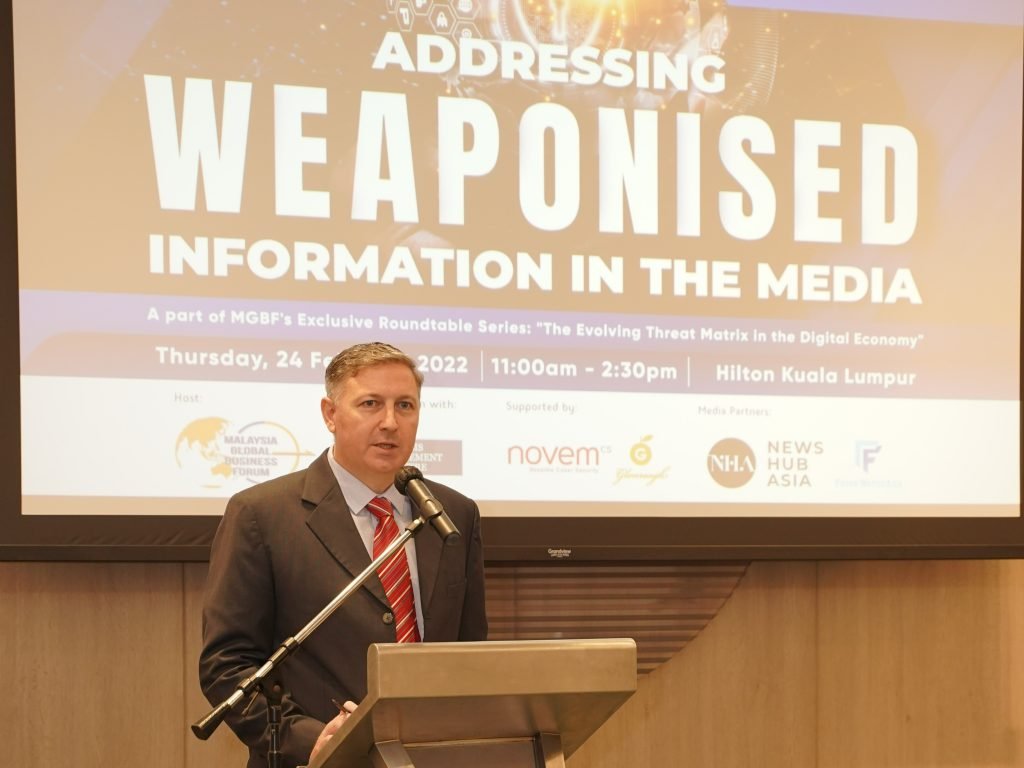 “The problem is further intensified when the media and social media businesses maximise revenue through leveraging off crisis content that will ultimately ride on the algorithms of larger platforms. In the current digital threat matrix, business decision-makers must invest in better cyber security, as well as crisis response and brand resiliency strategies. There is no solution that doesn’t involve considerable investment from all stakeholders,” continued Nordin Abdullah, who is also a crisis management analyst.

In another report, the number of web threats in Malaysia increased by 56 per cent to 28.93 million in the second quarter of last year from 18.53 million in the first quarter. The Malaysian police also reported that there were more than 4,300 cybercrime cases in the country that amounted to RM77 million in losses. This all leads to direct financial losses and the erosion of stakeholder confidence in an organisation and its leadership.

Murugason R. Thangaratnam, Executive Chairman at Advanced Security Network Sdn Bhd, in his closing remark, said, “Based on global statistics, the data over the last few years is conclusive that cyber security is a business imperative across industry sectors. Regardless of the size of your organisation, be it in the private sector or government administration, if you fall victim to a cyber-attack, it will be devastating to your reputation, financial standing and future expansion. The intended level of spending must align with your chosen level of risk and desired level of protection.” 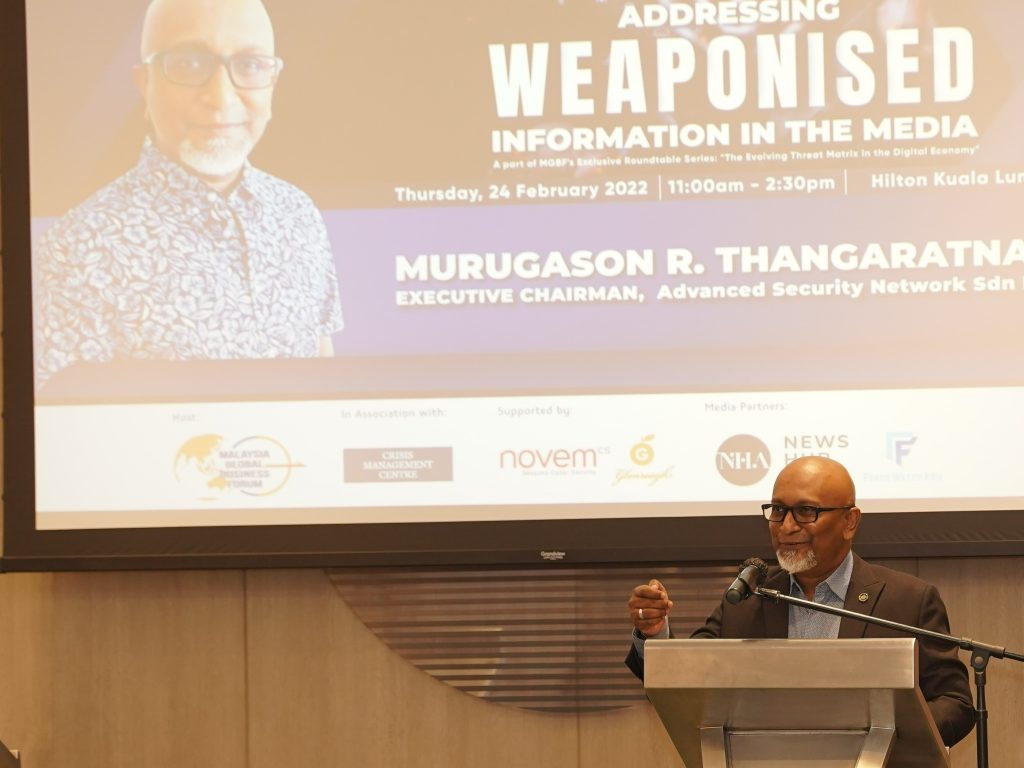 The outcome of the discussion highlighted three critical success factors – empowering human capital, monitoring the convergence of cyber incursion and weaponised information in the media, and implementing first-level cyber defences particularly for small- and medium-enterprises (SMEs) and government-linked companies (GLCs).

Held at the Hilton Kuala Lumpur, the “Addressing Weaponised Information in the Media” discussion is the first of Malaysia Global Business Forum’s 2022 series of exclusive roundtables on “The Evolving Threat Matrix of the Digital Economy”. This series will confront critical questions impacting the future of business in the rapidly digitising world.

The next edition of this series of roundtables will be held on 29 March 2022 at the Element by Westin Kuala Lumpur titled ‘Digital Resilience in the Corporate Sector’. Read more about it here or download the brochure here.