While Malaysia came out on top of the cricket medal tally, with an impressive, 1 Gold, 1 Silver and 1 Bronze, with medals for both the men and women.  More importantly, the games also saw other medals spread evenly across the other nations, including Singapore, Thailand and Indonesia respectively, cricket in ASEAN has come of age. 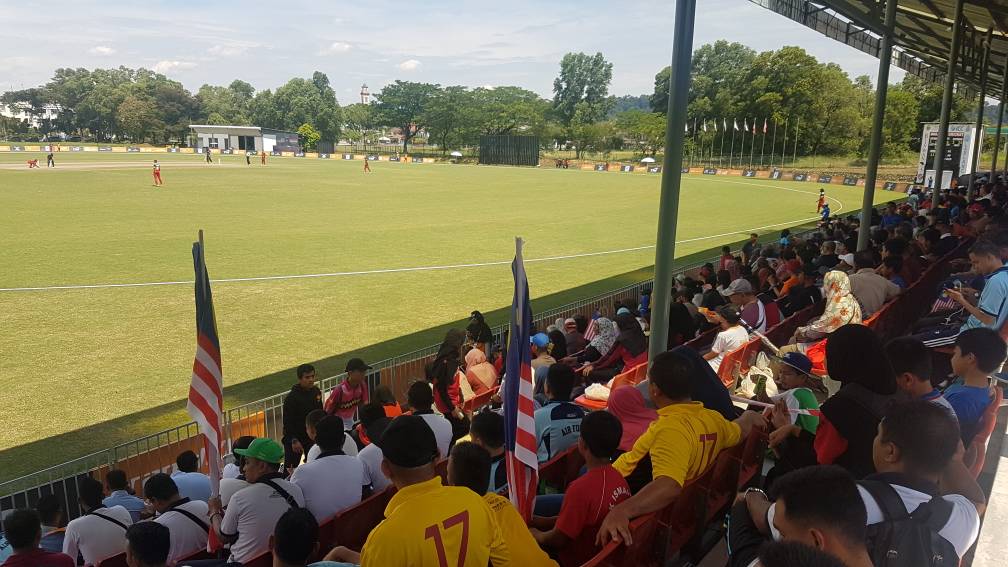 Insiders within the game in the region will know that there are already plans to put in place a regular ASEAN level tournament, for men and women and even in the age group categories.

In the recent SEA Games, both finals for the men were played by the two powerhouses of men’s cricket in the region, Malaysia and Singapore.  Both finals saw the new terrace filled to capacity coupled with the newly named pavilion filled with VIP’s and sponsors.  Also among the crowd were CEO’s from leading corporations and several GLC’s looking to take advantage of the rise in popularity of cricket over the past 18 months.

It’s clear that the Malaysian Cricket Association enjoys the support of the current Minister of Youth & Sport, YB Khairy Jamaluddin, the minister spent considerable time during the last games at Kinrara Oval and soaked up the atmosphere together with the thousands that witnessed the cricket over the last few weeks.

Those corporate sponsors who got in before the SEA Games will obviously benefited the most, from the increase in media coverage and eyeballs in stadium.  Now with the success of cricket both in bringing in the crowd and bringing home medals, cricket can offer excellent positioning at a fraction of the cost of some of the other sports that didn’t do so well in the SEA Games.

The Malaysian Cricket Association is now in the driving seat to not only take the game to the next level in Malaysia but across the region.  The next level on the horizon will surely be when regional sponsors from not just Malaysia want to see the game on TV to reach out to the 650 million consumers in ASEAN.

Congratulations to Malaysia for hosting an excellent SEA Games and for bring cricket to the next level in the region.