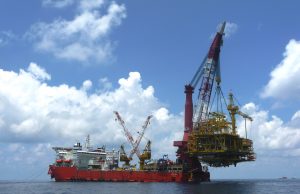 Sapura Energy’s concerted efforts to reduce its debts and borrowings have been well received by analysts and should provide a platform for the company to improve its long term financial health.

This exercise is expected to lower Sapura Energy’s gross gearing to 0.94x from 1.74 in FY18. Its target completion is Dec 2018.

AllianceDBS in its report last August believed that Sapura Energy’s de-leveraging initiatives will provide the group with some headroom for working capital financing in anticipation of near term contract wins.

“This is supported by Sapura Energy’s growing tenderbook of USD7.4bn with USD10bn additional prospect bids. Current tenderbook has grown considerably from just USD4.9bn as at end-June 2018.”

“The de-leveraging initiatives will also reduce Sapura Energy’s interest expenses by RM190m p.a. Moreover, we understand that the group has outstanding debts of RM3.8bn maturing in Feb 2019,” said the AllianceDBS report.

AllianceDBS’ report also stated that despite some investor pessimism over the substantial cash call (increase in outstanding share base by 167%), it is maintaining its “BUY” recommendation on Sapura Energy shares based on its strong orderbook of RM16.7bn and large YTD contract wins of RM4.5bn.

“We expect Sapura Energy’s earnings to turn around in FY20. We are also optimistic of its potential to win new contracts in the near term, supported by its large tenderbook.”

“Management is still keen on the potential listing of its energy & production (E&P) segment and did not discount the possibility of it being listed in the overseas market. The group is also looking at potential strategic partnerships for its drilling business,” said AllianceDBS.

Between now and 2025 the company plans to bid for various green offshore projects worldwide worth about US$346 tril. These include projects in the Middle East, Southeast Asia, India, Australia, East and West Africa, Brazil, Mexico and the rest of Latin America. 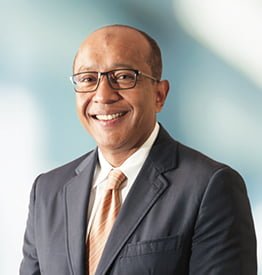 In an interview with Focus Malaysia earlier this year, Sapura Energy’s President and Group CEO Tan Sri Shahril Shamsuddin insisted that the company should be evaluated by investors not just on debts alone, but also based on its capabilities as an end-to-end solutions provider in the industry.

Shahril added that the market is preoccupied with the company’s debts but often overlooks the quality assets that have been acquired by Sapura Energy with the debts.

“We do not have an issue with borrowings and debts. People see only one side. They don’t see the asset side. Where are the debts sitting? It’s all in the assets. The fabrication yards, tender rigs, production facilities, technology and production sharing blocks.”

“The reality is that there must be a blend of debt in the business. We are addressing the world market. Of course we have debts,” said Shahril.

Analysts are still positive for a recovery for Sapura Energy in the long term, as seen in a report by Maybank on the company this month titled “Recovery in Motion”, with the bank’s analysts maintaining its “BUY” recommendation for the company.