Social justice is more than an ethical imperative; it is a foundation for national stability and global prosperity. Equal opportunity, solidarity and respect for human rights, these, are essential to unlocking the full potential and productivity of both nations and their peoples. 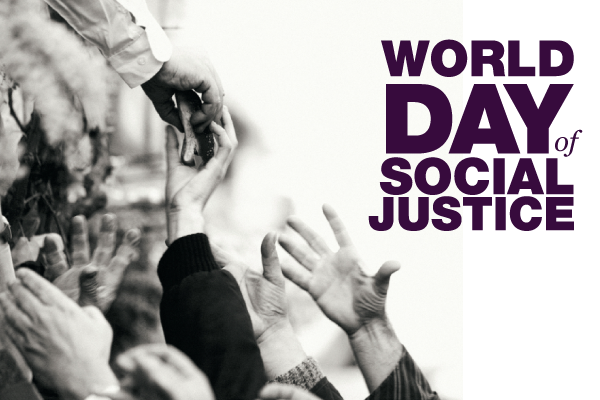 Observed on the 20th of February yearly, the World Day of Social Justice marks the difference between patronizing charity and a firm rights-based approach to human development and their well-being. Effective social justice transforms altruistic gestures into justifiable rights, particularly for the benefit of the most vulnerable people.

Circumstances, such as: their place of birth, where they live, their gender or even their ethnicity, should never determine individual opportunities for quality education, basic healthcare, decent work, adequate shelter, access to drinking water, political participation or living free from threatened, or actual, physical violence. As inequalities widen, the social fabric of our societies is both stretched and strained. This often leads to a downward spiral of economic and social uncertainty and even unrest. Violent conflict in many parts of the world is, often, rooted in deep inequality, discrimination, and widespread poverty.

Yet there is nothing inevitable about inequality. Our shared goal should aim at taking practical steps to remove this formidable barrier to development and human dignity.

Almost 21 million people are victims of forced labour. Among them, 11.4 million are women and girls while remaining 9.5 million are men and boys. Youth commit only a small portion of the nation’s crime, for example, in 2009, 11% of violent crime clearances and 17% of the property crime clearances nationwide involved young people. According to the facts on social justice, youth under age 18 accounted for 14% of all arrests. Youth crime has also been going up for many years, the number of adults arrested in 2009 and in 2000 increased, whereas the number of juveniles arrested dropped a staggering 20%.

The World Assembly of Youth (WAY), believe that the World Day of Social Justice is a call for all countries to take concrete actions that give meaning to the universal values of human dignity and opportunity for all. They uphold the principles of social justice by promoting gender equality and giving young people a voice to speak up as well as removing barriers that young people face because of gender, age, race, ethnicity, religion, culture or disability.

Let us strengthen our efforts to achieve a more inclusive, equitable and sustainable society built on constructive dialogue, transparency and social justice.